How Not to Sell

I think we can learn a lot from seeing how others make mistakes – I know that’s how I’ve learnt how NOT to be an employer.

Problem is that all sales courses teach the same methods. The methods which make me cringe because they feel disingenuous. I’m sure we’ve experienced those sales experiences where we feel cornered and obliged to say yes.

I felt like I had wasted 3 hours of my life.

A week later he called. And asked for my feedback. I was honest and said I would have liked to have their style of teaching in action rather than him singing his own praises.

I guess this comes down to emotional intelligence. If I’d had that feedback from a client, I’d have listened and said yes, we’ll look into implementing. Instead his next sentence was a push on a sale for his course.

I said I wasn’t interested. I mentioned I’d tried courses with another company and was likely to continue as they offered more value.

I’ve previously blogged  about not keeping an eye on your competitors. I could tell by his next comment he kept a very good eye on them and felt like he was in competition. In my eyes there was little competition – one was clearly way ahead in terms of knowing how to speak with people and relationship building.

So he goes on to call the founders of the other company kids barely out of diapers who have no clue what they’re doing and he has more experience than they have been alive. Just ewww. Never do that!!! 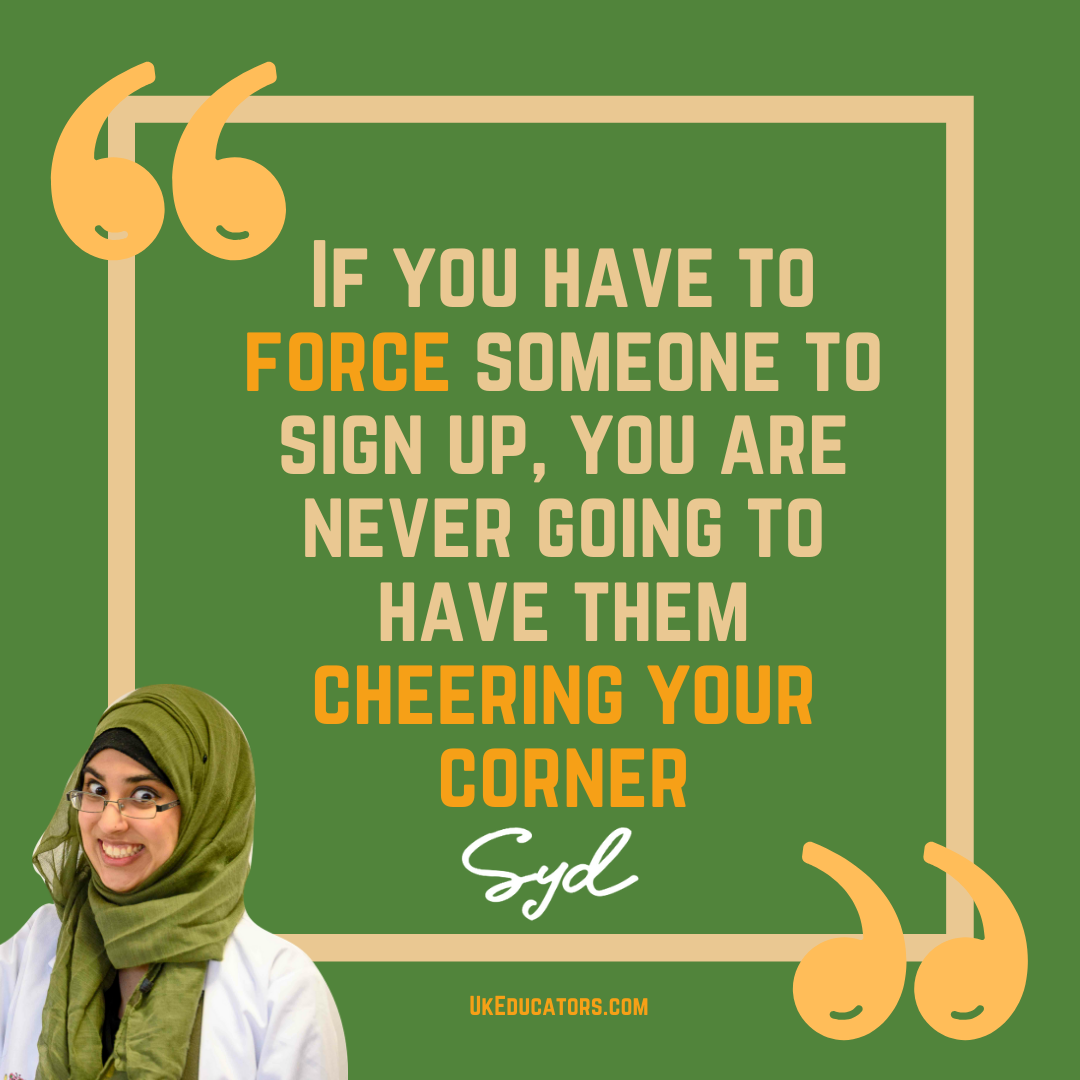 He then proceeded to say there must be something fundamentally wrong with me to deny such an amazing opportunity. Way to turn off a potential customer forever!

If you have to force someone to sign up to you, you are never going to have them cheering your corner. They’ll feel cornered and peeved they parted money over something they didn’t need.

Don’t become like this sales person (his background was pure sales for decades – and you could tell for a mile).

So every weekend, I reflect on what has gone well and what areas I need to work on. I thought I would just share a...
Read More

"If you always do what you've always done, you will always get what you always got" "The definition of insanity is...
Read More

How Not to Sell

I think we can learn a lot from seeing how others make mistakes - I know that's how I've learnt how NOT to be an...
Read More

It's never set well with me the idea of pretending to be a client to check out your competitors. That's pure...
Read More

What's the difference between an Entrepreneur & a Business Owner?  One is a trial blazer, the other follows tried...
Read More

You can find out more about which cookies we are using or switch them off in settings.

This website uses cookies so that we can provide you with the best user experience possible. Cookie information is stored in your browser and performs functions such as recognising you when you return to our website and helping our team to understand which sections of the website you find most interesting and useful.

Strictly Necessary Cookie should be enabled at all times so that we can save your preferences for cookie settings.

If you disable this cookie, we will not be able to save your preferences. This means that every time you visit this website you will need to enable or disable cookies again.